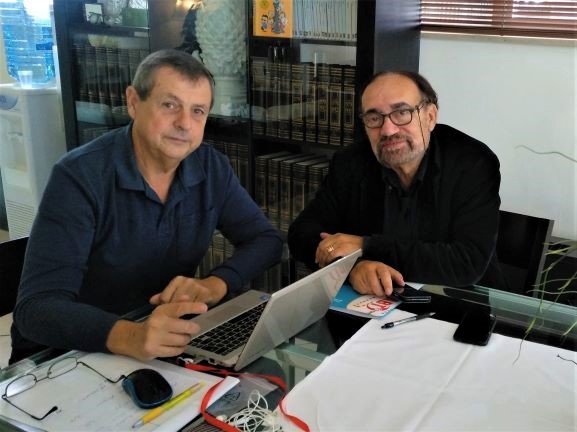 A few days ago some important steps determining the future of IFBT and beach tennis in general were taken. President Giandomenico Bellettini and Vice-president Joan Egea met in the IFBT headquarter in Ravenna, Italy to share ideas, implement innovations, and establish a strategy in the future events organisation.

As Joan Egea comments, the dates of IFBT Word Championships 2020 were established as following: July 2nd to July 5th. It will be held in Castelldefels for the third consecutive year.
For the first time, on July 2nd will take place an Extraordinary Congress in which will participate the delegates of the organisations affiliated with IFBT from all over the world.
Another interesting topic became the incorporation of new members - Bulgaria and Poland. Athletes from these two countries will officially take part in IFBT competitions from the upcoming year on.
Of particular note is that beach tennis balls test was carried out to have the IFBT approval. In order to create a perfect ball satisfying players expectations, such characteristics as material, softness, resistance, etc were taken in consideration and thoroughly elaborated.
An important decision has been the transfer of the head-office from Ravenna, Italy to Barcelona, Catalonia, Spain.
And, finally, as many of you know in the upcoming 2020 IFBT celebrates its 25th anniversary. Within this time the Federation has been an essential part of the creation and development of world beach tennis. On this occasion IFBT through Top Grip will produce a commemorative racket of the King brand. At the time this racket created by IFBT pioneered the current fibre rackets.
Looking forward to what the new year will bring along!

We have 32 guests and no members online