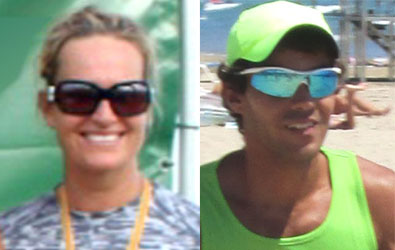 Barbara Jilkova finished 2016 as n.1 in women's doubles; the Czech Republic player got brilliant results becoming the champion at the WCT tournaments in Clearwater, Cancun and Rio Grande and the semi finalist at the Barcelona World Championship.
The Puerto Rican Luis Miguel Reyes is the first player classified in men's doubles; one of his main records this past 2016 was winning the Barcelona World Championship. Reyes closed an amazing year by being first in both mixed doubles and men's singles.

We have 82 guests and no members online