7.1.- Prize Money Distribution
The prize money will be applied following the criteria detailed below. It will be determinate by the results in the final draw and for the numbers of teams.

(1) If prize money is to be awarded to the semi-finalists and quarter-finalists it must be equal or greater than the registration fee for category won.
(2) Prize money is optional in Mixed Doubles, Men’s, and Women’s Singles.

Prize money for each category will be paid to teams (or players in singles) based on the round reached in accordance with the following percentage distribution.

The organizers will decide which categories will have prizes-Only men’s and women’s doubles are obligatory. Men and women will receive the same prize money for the equivalent rounds reached in their respective draws.
If the organiser decides to give prizes to three categories they will be Men’s and Women’s Doubles, and Mixed.

It is possible for organizers to choose to add prize money to other categories. Example in Over categories. But the price money mustn’t higher than the mixed category. 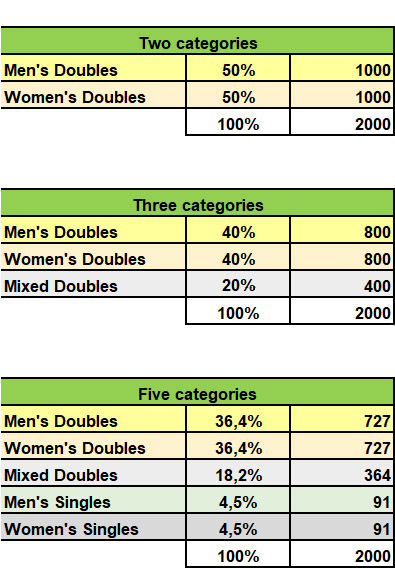 Example: We organise a tournament with a total prize money of 2,000 USD. We have decided to give prize money only for the obligatory categories Men’s and Women’s Doubles.
The amount for each category will be 1,000 USD. 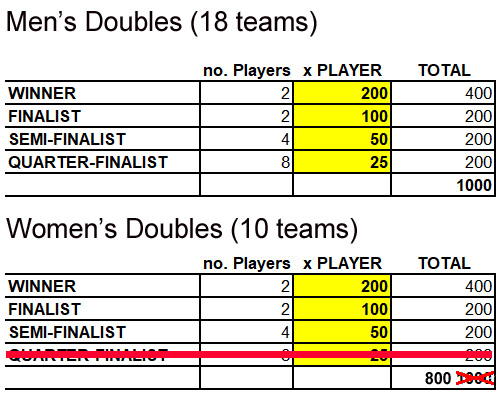 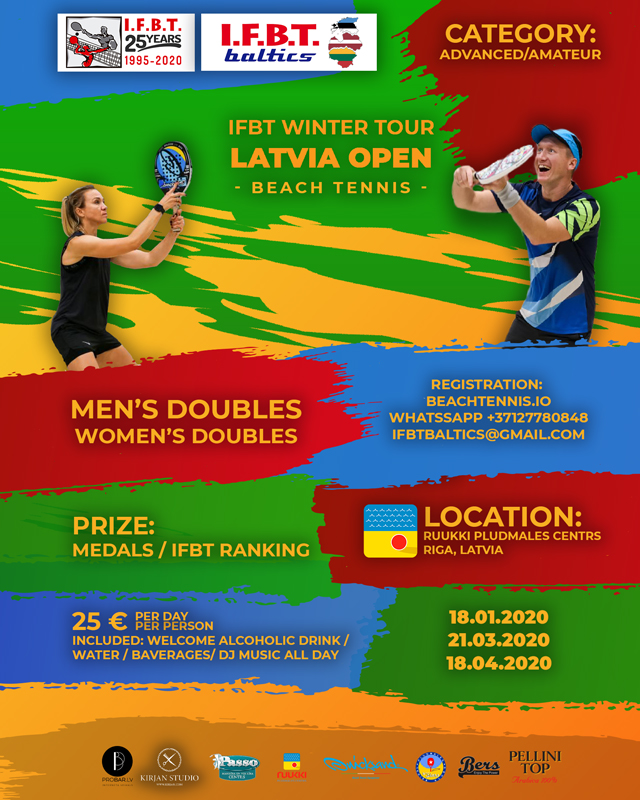 We have 249 guests and 2 members online