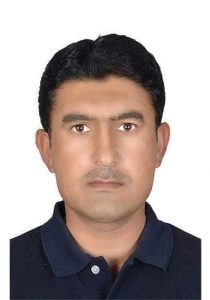 The Executive Committee welcomes the incorporation as Affiliated Member the Pakistan Beach Tennis Association. Its Secretary Kaleemullah Khan has been working for the development of sports in Pakistan for the last 10 years. In 2016 he established the Dodgeball Association in the province of Balochistan. In 2017 He represented Pakistan in the World Dodgeball Cup in Malaysia. For the first time he participated in the Beach Soccer League of Pakistan, and in the International Beach Soccer Conference in Dubai 2019.

He was the best player in Football and Cricket during his school days where he served as a goalkeeper for his football team Taj Afghan for 20 years. He led his team to great success many times over, and won the award for best athlete in physical college in 2006. He obtained the Level One coach certificate from Pakistan Cricket board in 2009.
He has founded and registered the Pakistan Beach Tennis Association with the goal to create a strong structure. He said “We are holding an introductory event to make people aware of Beach Tennis, and then in the second phase we will visit major universities and colleges of the country and give information about sports to the students”.

IFBT International Beach Tennis will be supportive and cooperate to comply with his objectives.

From the Executive Committee, we wish you all the success in this new task.

World Championships returns again to Italy It a pl

With the Best Wishes from IFBT International Beach