The IFBT Competition Committee has created a new site of classification and competition with the address: www.ifbt.eu

All federations and associations will prepare the list of season tournaments for approval and inclusion in the world calendar.

Each tournament approved for IFBT World Rankings will have assigned a classification that will define the points obtained by the players in the draw.

The groups of classification are:

Ranking
All approved tournaments in the official IFBT Tour Calendar, will score in the IFBT World Ranking.

The world Ranking will be based on his/her best eight (8) results calculated on the last eighteen (18) months. 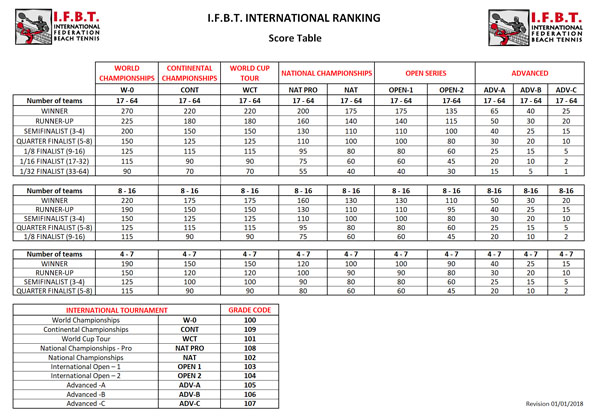 WORLD COMPETITION & RANKING COMMITTEE
The management of tournaments and world ranking will be made from the headquarters of the European IFBT in Barcelona.

We have 275 guests and 2 members online